Writer ordered to pay $174,000 after rare Porsche blows up in test drive

Okay what do you guys think? A Writer ordered to pay $174,000 after rare Porsche blows up in test drive...

Should the Journalist need to pay? Your thoughts... 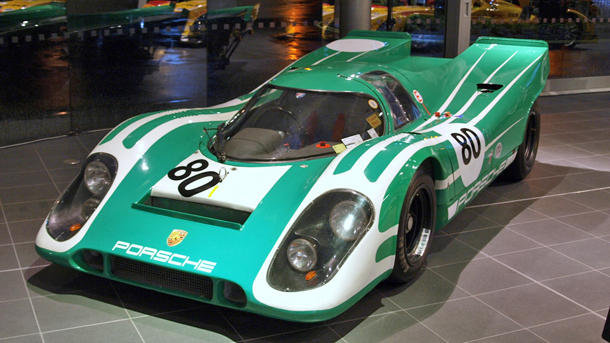 The Porsche 917 Le Mans race cars weren't just stars on the track, where they led Porsche to its first wins at Le Mans; they also made Steve McQueen's film of the race a masterpiece. One of the drivers injured in that race let a journalist take his personal 917 back on the track — and then sued him when the car engine failed. The journalist's new job: Finding a way to pay $174,000 in damages and legal costs.

British journalist Mark Hales arranged with retired racer and collector David Piper to drive his original Porsche 917 around a British race circuit against a similar vintage Ferrari car in April 2009 as part of a magazine photo shoot. Such events happen all the time; the old car's owner gets publicity for his ride, and the writer or magazine gets exclusive, and sometimes incredible, shots of antique machinery at full wail.

Despite the value of the machinery involved — Piper's green 917 pictured above was worth $2 million — deals like this one typically go off with nothing more than a handshake. Hales was an experienced race driver himself and familiar with older race cars, and every race of historic machines features pits full of mechanics wrenching away on parts that finally broke after a few decades of wear. He also paid Piper $3,200 for the use of the 917.

But Piper claimed in a British court that Hales had agreed to keep the finicky 12-cylinder boxer engine in the 917 under 7,000 revs, and that instead Hales over-revved the engine to 8,200 rpms, blowing it. Hales argued the gearbox in the 917 had mis-shifted, and that Piper had verbally agreed to cover any damages from the track session.

Last week, the court found for Piper, ordering Hales to pay not just the $74,000 in damages but some $100,000 in costs and fees as well. Hales now says he will probably lose his home and go into bankruptcy if the order stands up. British auto enthusiasts have set up a donation fund for Hales, and pressured Piper to throw the entire affair into reverse.