Pleasanton, CA - Ron Maier’s breathtaking 1957 Chevy Nomad station wagon “Shomad” was crowned Goodguys 2017 Street Rod Headquarters Custom of the Year yesterday in Pleasanton, CA. . A coach built ’57 Nomad by Oregon’s A & M Deluxe Customs, it was the first Goodguys Top 12 award for both owner and builder. A project that began the year of global financial meltdown and built nearly from scratch, the Shomad incorporates restyled lines, big power and plenty of bling.

After hanging onto his ’57 Chevy Nomad for 30 years, owner Ron Maier brought his aging 2-door wagon to A&M Deluxe Customs for a full custom build. Even with a basic concept in Ron’s head, it still took eight years for Aaron Atnip, Mark Spurlock, and their team to craft together this attention-grabbing, head-turning Tri-Five. “Ron wanted a brand new chassis, independent rear suspension, an LS Motor or big block Chevy engine, a one-piece hatch in the back and four bucket seats with the console down the middle. He also wanted the roof of the car chopped a little bit. Then he was open to suggestions from us,” said Atnip.

At the start of the project, the wagon was in poor shape and needed almost everything – starting with an Art Morrison chassis that was customized for the project, to new custom-shaped sheet metal, a fresh motor and tranny, and a complete overhaul of the interior. A&M Deluxe Customs is known for the custom metal work and the Shomad is a fine example of their skills and creativity. The deluxe wagon features a lot of one-offs, custom panels, and metal work. The front of the hood was hand-made and incorporates a hand-formed hood scoop that feeds air to the LS7 Corvette motor. The grille looks similar to factory but was widened and had the bullets removed. The front and rear wheel arches are also unique and were raised a couple of inches to match the proportions after the top of the Nomad was chopped 2 inches. Subsequently, years of massaging and perfecting the body were done before it was painted with House of Kolor custom mixed gold and a contrasting pearl white top. What a color combo!

Nestled between the custom sheet metal fenders is an LS7 427 c.i. engine with a 4L80E transmission for effortless cruises. The engine by is literally a work of art featuring custom valve covers, a smoothed block, and the handmade air intake. Stainless 3-inch tubing carries the exhaust all the way to the rear bumper – a detail not originally available with the ’57 Nomad.

Starting with seats pulled from a 2000 Monte Carlo, A&M Deluxe Customs came up with the interior design concept and had Gabe’s Custom Interior in San Bernardino stitch the custom leatherwork. The natural fiber Sisal carpet that flows throughout the cabin blends perfectly with the leather interior.

With the Goodguys 2017 Street Rod Headquarters Custom of the Year award secured, Ron Maier and the A & M Deluxe Customs team will head to Scottsdale in November for the Goodguys 2017 season-ending Southwest Nationals where it will share the spotlight with the season’s other Goodguys Top 12 award winners.

Thanks everyone, until next time! 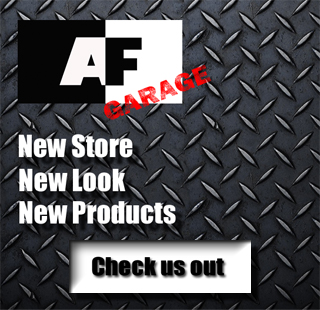