RB26DETT Vs 2JZGTE – Which is better?

RB26 vs 2JZ. Godzilla vs Mothra. We compare specs, power, sound and tuning potential to show which engine is mightier. The RB26DETT is a 2.6 litre, inline six cylinder, twin-turbocharged engine based on Nissan’s RB family. This engine first saw duty in the 1989 (R32) Nissan Skyline GT-R and had a long and successful career powering the R33 and R34 GT-R variants for over thirteen years.

The RB26DETT is a robustly designed engine with a cast iron engine block and an aluminium cylinder head. The cylinder head features 24 valves and employs dual overhead camshafts. The intake of the RB26DETT is rather interesting as it employs a variation of paired individual throttle bodies.

The twin-turbocharged setup employs two T25 (T2 flange) turbochargers with internal waste-gates set to 10 PSI. When the first generation of the RB26DETT was released Nissan quoted 276 HP @ 6800 rpm and 260 lb ft @ 4400 rpm. Later revisions increased the engine power and torque output while lowering the peak rpm to achieve these.

Special versions of the RB26DETT were produced including the ‘N1’ variant that was built by Nismo (Nissan’s motorsports division) to reliably compete in Group A and Group N motorsport. This engine received many modifications to improve reliability and robustness and it is said to be capable of 800 PS+ with supporting modifications in place.

The RB26DETT has been a favourite of JDM engine tuners for a long time with 500 PS being easily attainable with the right supporting mods while some extreme examples have produced in excess of 1,700 PS. 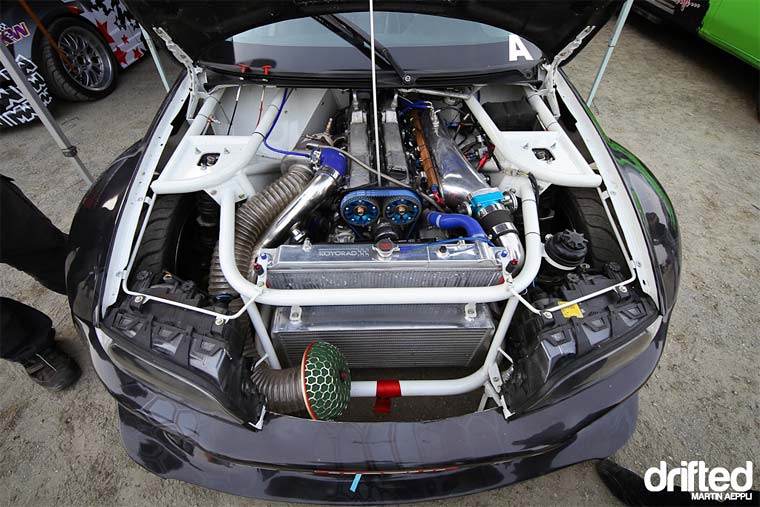 The 2JZ-GTE was launched in 1991, powering the Toyota Aristo V (JZS147) before finding it’s home in the JZA80 model Toyota Supra.The 2JZ-GTE was first designed as Toyota’s response to Nissan’s wildly successful RB26DETT engine. The 2JZ-GTE carried many of the strengths of the 1JZ and built upon them with a larger displacement and more advanced Hitachi sequential turbo chargers. The 2JZ retains the 86mm bore that the 1JZ has, but its stroke is increased from 71.5mm to 86mm.

The 2JZ-GTE was immortalized in popular culture through the Fast & The Furiousmovie franchise. The late Paul Walker’s character built and drove his 2JZ-GTE powered Toyota Supra “10 second car” in many memorable scenes.

Supra Vs GTR.. a juicy match up.. let’s dive in! Both the RB26DETT and the 2JZ-GTE are halo engines for JDM car enthusiasts, one look at each specification sheet reveals why; near 300 PS and healthy torque figures in stock tune, cast iron bottom ends and light weight, 24 valve cylinder heads. Well engineered mechanical design means lots of tuning potential in each engine. Both are large, inline six cylinders with similar dimensions and weight.

Crank up your speakers and enjoy these sound clip compilations of our engines. 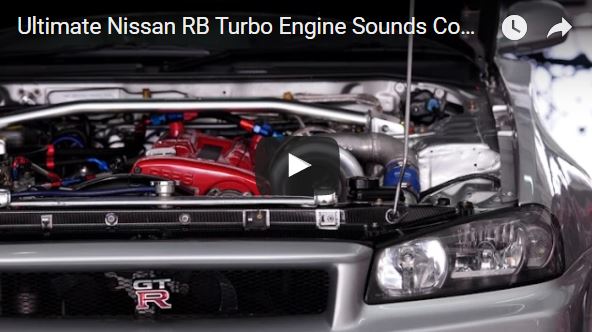 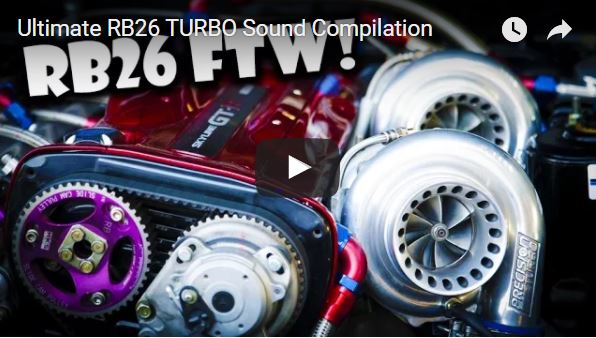 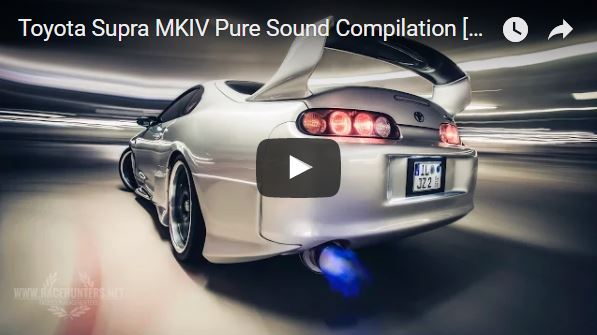 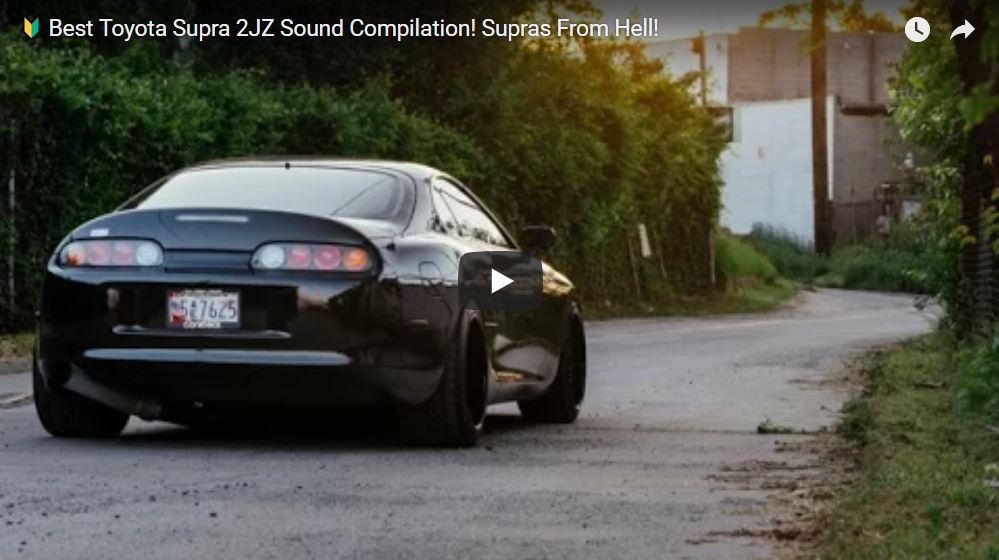 Nissan’s RB26DETT and Toyota’s 2JZ-GTE are both fantastic sounding engines. Turbocharged straight six configuration is always going to sound amazing and neither of these engines disapoint. The RB26DETT sounds slightly more ‘gruff’. Both sound great. It’s a draw! 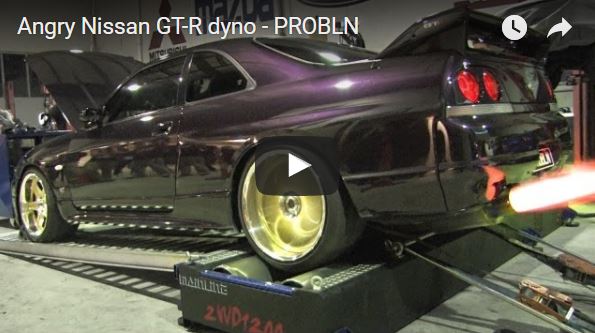 “Brad’s HKS T51R single turbo 2.8L stroked RB26 powered Nissan R33 GT-R Skyline on the dyno. The car has previously made over 650kW to all 4-wheels but in RWD mode this time out the GT-R was struggling to put it’s massive power down to the rollers…” 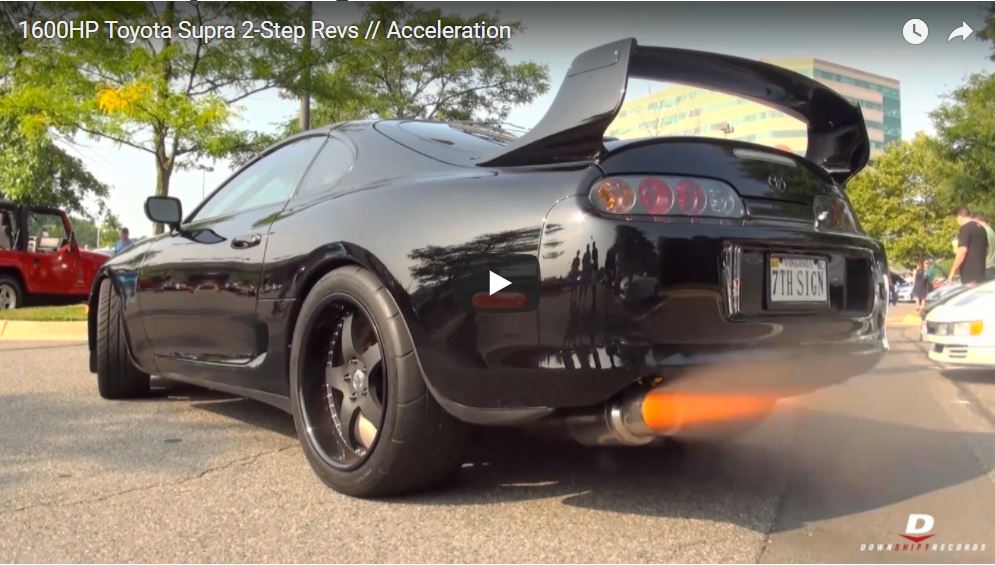 “This insanely loud 1600HP (on spray) Titan Motorsports Toyota Supra appeared at Fair Lakes Cars & Coffee this morning. The car runs 1400HP off the bottle. If this doesn’t make you love Supra’s, I don’t know what will.”

There are plenty of examples around the internet of RB26’s and 2JZ’s pushing out well over 1500 PS. They are clearly both very robust and tuneable engines. With that said the increased displacement of the 2JZ lends itself to a faster spool and slightly higher power potential. For most of us we are not going to achieve these crazy levels however you would feel the faster spool up at lower power levels. With this in mind the 2JZ-GTE wins for tuning potential.

So what do drifters themselves think of these two engines? Let’s jump on board with the drivers as they put our two engines under some (sideways) pressure.. 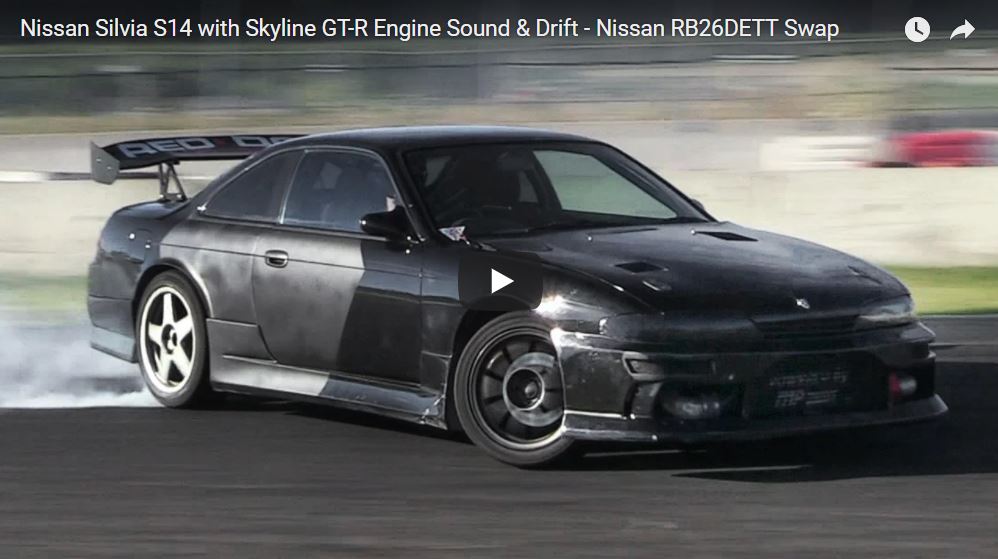 “Last Saturday I recorded this Nissan Silvia S14 drifting on track during an evening of free practices organized by the Italian Drift No Profit organization. The original SR20 engine has been swapped with a Nissan RB26 DETT engine which is a 2.6-litre inline-6 twin turbocharged.”. This clip shows an 800ps + Nissan S13 chassis ripping up a drift course in Serbia. 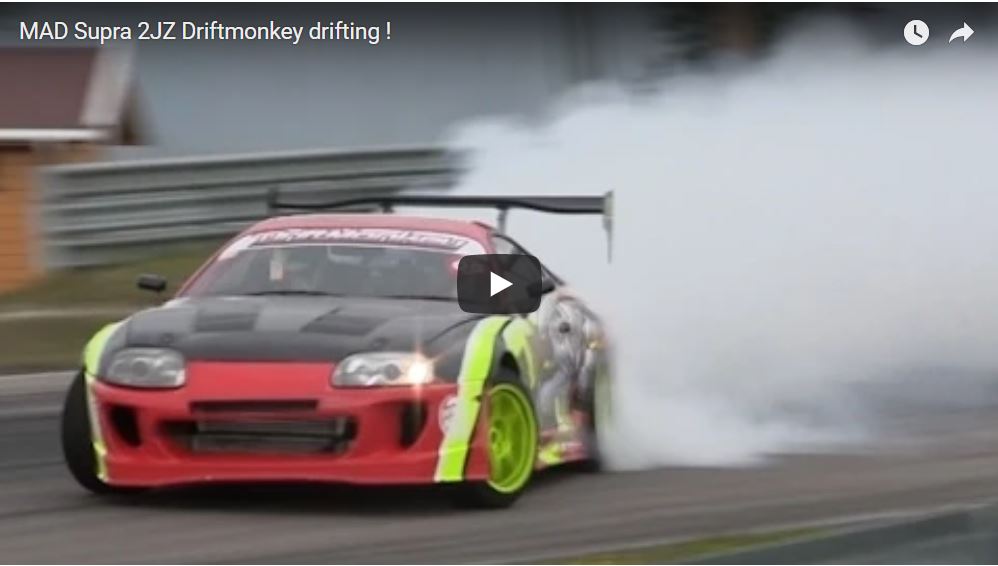 Gatebil has a reputation for incredible car builds and fantastic drifting, this clip shows a selection of 2JZ powered cars burning rubber on the famous track.

Running either of these engines at under 500 PS in your drift car seems to be a safe bet. Both engines will need different modifications to perform reliably over this threshold and parts cost will need to come into play.

There are rumors that the RB family suffer some degree of oil starvation when pushing on, however i’m not sure if that affects the RB26. There are plenty of examples of RB26’s happily smoking tyres in drift cars. Either way you would be very happy to have an RB26DETT or a 2JZ-GTE nestled in your drift car’s engine bay. Draw.

So it’s time to count our stars and see which engine is the winner.

Let’s talk seriously for a moment; both of these engines are at the top end of JDM tuning, they can both easily and reliably make great power. RB26’s and 2JZ’s are superb powerplant choices for your tuner car and offer huge potential whether it be for street, drift or drag. The 2JZ has won this test with a very slight margin because it’s additional displacement enables faster spooling and slightly higher tuning potential. But there really isn’t much in it! Kudos to Nissan and Toyota for gifting us enthusiasts with such great engines.

Congratulations 2JZ! After smashing your older brother you’ve now scalped the mighty RB26! Truly you are the king of the JDM tuner engines.. or are you.. 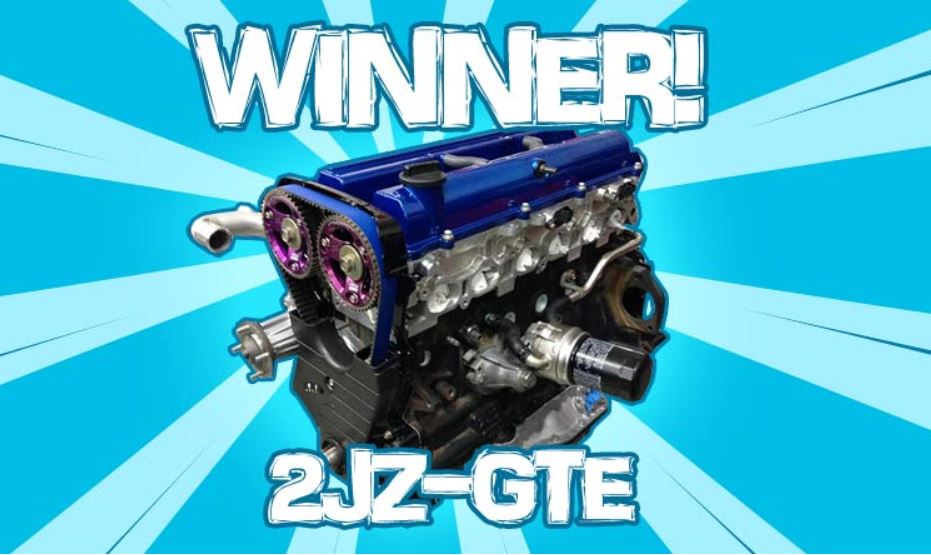